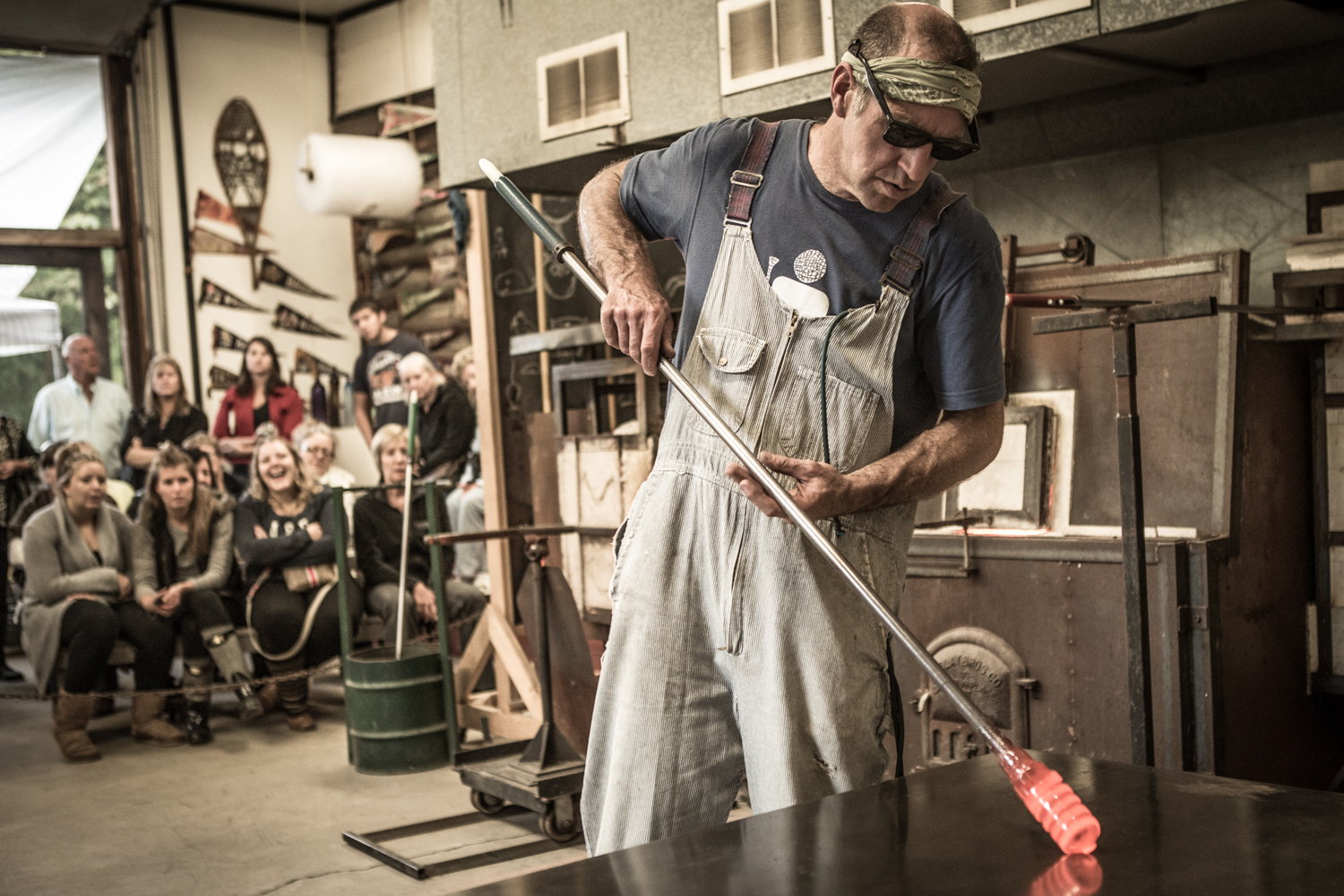 Artist and glass blower Brad Copping works from his home on the edge of the Canadian Shield, near Apsley, Ontario. Part of an area becoming known as the ‘land between’, it is in this landscape that he has found both muse and foil.

His sculpture is included in the Montreal Museum of Fine Arts, the Speed Museum and the Fine Art Collection of the Department of Foreign Affairs and International Trade. The Corning Museum of Glass has again acknowledged his sculpture in their annual publication, New Glass Review. This marks the seventh year his work had been so honoured. He has also received much appreciated support for the development of this work from the Canada Council for the Arts and the Ontario Arts Council.

His functional blown glasswork can be found in the permanent collections of the Royal Ontario Museum, the Design Exchange, and the Claridge (Bronfman) Collection. His water glass design, ‘Forest Glass’ was selected for use at the G8 Summit in Huntsville, Ontario in 2010 and in 2011 he was commissioned by Diageo to create a Crown Royal XR bottle commemorating the Duke & Duchess of Cambridge’s Royal Tour of Canada. His functional blown work was also honoured at the 2012 Toronto Outdoor Art Exhibition with the Best of Glass Award, the ninth time his work has garnered recognition from the TOAE.

Brad served as President of the Glass Art Association of Canada from 2008 to 2011 and as International Editor for Contemporary Canadian Glass, GAAC’s online magazine, from 2009 to 2014.